Air travel is bouncing back 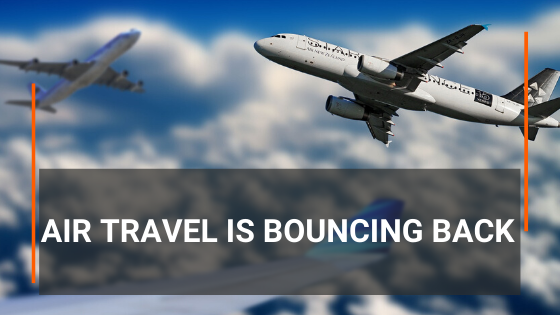 The number of people passing through airport security checkpoints nearly doubled over the course of the month. The Transportation Security Administration says it screened nearly 949,000 passengers over the past weekend. It scanned 476,000 people over the first weekend in June.

Although the increases are significant, the pandemic has dealt an unprecedented blow to the industry.
During the busiest day in May, only 14% of travelers flew compared to the equivalent day in 2019.

That is why several major airlines are talking about the need to cut their employee count in October when federal money for airline payroll costs expires. Some airlines are offering buyouts to avoid layoffs.

Those loads are unprofitable, so more passengers on flights means airlines will burn less cash with each takeoff and landing.

Southwest Airlines CEO Gary Kelly said Friday his company is anticipating “a brutal low-fare environment as there are far more airline seats right now — and there will be for some time — than there are customers.”

But increasingly full flights also present challenges for travelers to socially distance themselves in small aircraft cabins. Photos of aircraft cabins without an empty seat next to each passenger have drawn attention when posted to social media.

Frontier Airlines is preparing for an increasing number of passengers on its flights by screening temperatures at the departure gate and denying boarding to anyone who is feverish. Airlines for America is urging the Transportation Security Administration to handle temperature screenings.

Airlines are also adding to their schedules and flying more planes. Industry-wide, about 200 fewer aircraft are sitting idle than in mid-May, when the airlines parked more than 3,200 planes.
The tracking service FlightAware says it saw a nearly 7% increase in US flights since early May.