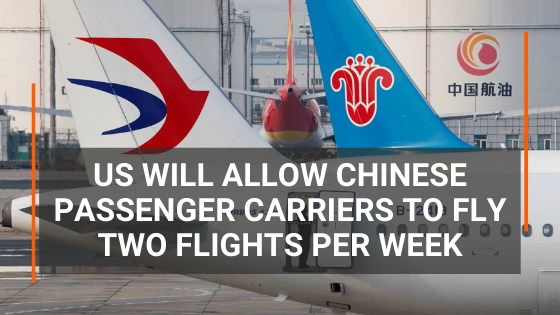 The department said if China takes further steps for U.S. carriers it is “fully prepared to once again revisit the action.” The Transportation Department notice added it “troubled by China’s continued unilateral dictation of the terms of the U.S.-China scheduled passenger air transportation market without respect for the rights of U.S. carriers.”

Stay ahead with our exclusives on Asia. TripPro.com/covid19travel