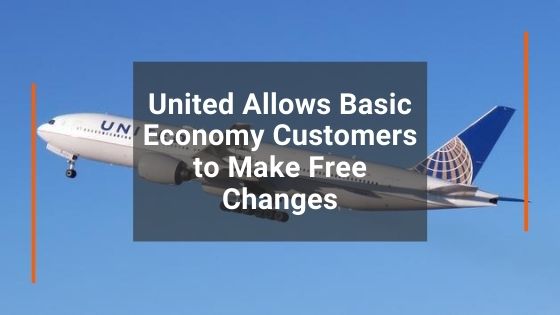 United Airlines is throwing its customers a nice big bone through the end of the year.

United has restored its original flexibility on Basic Economy tickets, allowing customers to make free changes for all tickets purchased by the end of 2021.

That’s right – no fees to change the cheapest ticket available, which previously allowed just an option to stand-by for an earlier flight, according to the aviation blog The Points Guy.

The change will also let customers who purchased Basic Economy tickets after the last waiver expired on April 30 can now make fee changes, too.

Currently, United’s waiver covers basic economy tickets purchased for travel by Dec. 31, 2021, so you can’t book a ticket for next year and expect free changes. You could change a ticket booked for this year and choose to travel in 2022, though, as long as the new travel date is within 12 months of the date your ticket was originally issued.

It’s always possible the airline will extend the waiver again, but as of now that doesn’t seem to be the intention, TPG noted.