American has plans to bring back the Max 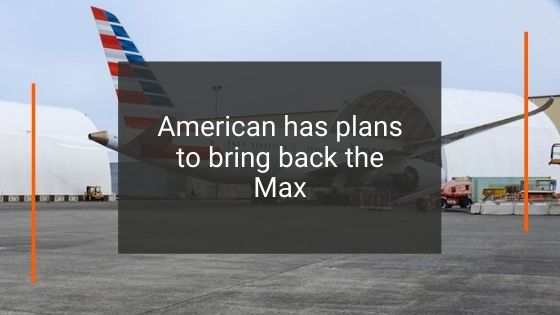 American Airlines is preparing to bring back its first of 24 grounded Boeing 737 Max aircraft on Dec. 29, pending FAA recertification.

The carrier currently has the aircraft on its schedule for one daily roundtrip between Miami and New York LaGuardia from Dec. 29 to Jan. 4. Bookings for those flights are to open on Oct. 24. Customers, American said, will know at the time of booking that they’d be flying on a Max.

It is the first carrier to put the Boeing 737, Max, back on its schedule since its worldwide grounding in early 2019.

“We will continue to review our plans to determine 737 Max flying beyond Jan. 4.”

The Max has been grounded worldwide since March of 2019, following the second of two crashes over a five-month period that killed 346 people.

The FAA has yet to commit to a timeline for recertification, though it could come soon. In late September, FAA administrator Steve Dickson praised the flight characteristics of the aircraft after personally test-flying a Max.

The two Max crashes, one operated by Indonesia’s Lion Air and the other operated by Ethiopian Airlines, were caused by a faulty sensor, which transmitted erroneous information to the planes’ automated flight-control system. During the 19 month Max grounding, Boeing has undertaken a software overhaul of that system.