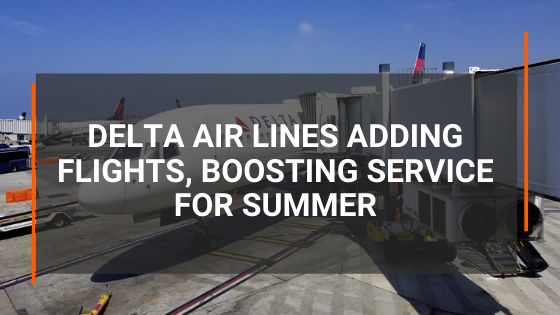 Despite the number of people looking to fly rising, the airline’s July schedule will be around 70 percent smaller than the same time last year, including reductions of 65 percent for U.S. domestic travel and 75 percent for international.

Delta revealed it would be focused on adding seat capacity, gradually rebuilding its footprint in local markets, and resuming high-demand service previously suspended due to coronavirus restrictions.

The carrier is also adding capacity to popular leisure markets in Florida and along the West Coast, as well as a focus on major hubs like Atlanta, Detroit, Minneapolis, and Salt Lake City.

In the Latin American and Caribbean markets, Delta will operate approximately 25 percent of its schedule compared to 2019, an improvement over the 90-percent reduction in June. The carrier is also working on adding Trans-Atlantic service to favorite summer destinations as they begin to ease border restrictions.

Delta also announced plans to operate service to Shanghai up to seven times per week, pending government approval, a major step forward in the rebuilding of an aviation relationship between China and the United States.

“Confidence in a safe travel experience is key to a successful recovery,” “While we’re rebuilding our network at home and abroad, it’s even more critical that we provide the highest industry standard of safety, space, and clean so when our customers are ready to travel, we’re ready for them.”

Customers ready to fly again will be confident in their safety throughout their journey thanks to the carrier’s updated health protocols, including mandatory masks and reduced cabin seating to encourage social distancing.

Travelers also have the flexibility to change their Delta flights without a fee for a year, for new flights purchased through June 30.