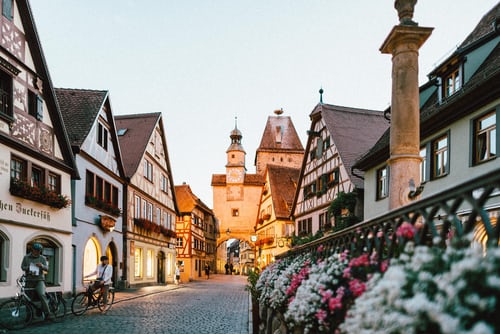 While Europe has experienced its share of COVID-19 surges and the accompanying disruptions over the past two years, in many countries, restrictions are now relaxing or falling away entirely as the pandemic moves toward becoming endemic.

There’s, “a growing call to consider the coronavirus a permanent fixture in our lives is resonating in the world of travel and among industry representatives,” the New York Times wrote recently, according to Forbes.

While entry rules and safety measures in each country continue to wax and wane with COVID-19 conditions, travelers who’ve longed for an escape to the Continent may find that 2022 presents the opportunity to realize those dreams.

Then, the question becomes which destination(s) to choose from among Europe’s many cultural gems. Fortunately, European Best Destinations (EBD) just released its thirteenth annual list of the trendiest places to travel in Europe for 2022.

The promotional organization, which works in partnership with hundreds of tourist offices, surveyed over 520,000 travelers in 182 countries. They were presented with a selection of over 400 destinations to choose from, and rankings were then awarded to the top 20 most-voted-upon destinations.

Participants submitted their entries online between January 20 and February 10. Fifty-six percent of them hailed from within Europe, while 44 percent were from outside Europe.

The competition, like the rest of its thematic rankings compiled throughout the year, has historically bolstered real-life tourism in the winning locales, resulting in an average tourism growth of more than 15 percent in the promoted destinations.

These are 2022’s most-coveted European destinations, as voted by EBD’s audience:

Marbella, considered Europe’s “capital of the sun”, caters to outdoor and sports enthusiasts, as much as it does travelers looking for refined hotels and restaurants, shopping, relaxation and quality dining options. The charming Spanish city is also attracting more companies and investors, as well as an increasing population of digital nomads. Marbella also claimed the number one spot on EBD’s list of Europe’s Most Exclusive Destinations.

A beautiful, peaceful haven filled with gentle canals and floating gardens, Amiens ranks as the fourth greenest city in France. Ideally situated in the Paris-London-Brussels triangle, it’s the only French city to boast three UNESCO heritage sites and is overlooked by one of France’s most magnificent Gothic cathedrals. Its famous Hortillonnages—a 300-hectare (741-acre) green sanctuary in the heart of the city—can be experienced on foot, bike, boat or even a kayak.

Europe’s oldest continuously inhabited city, also among the most ancient in the entire world, Plovdiv is chock full of cultural and historic sights—so much so that it also ranked first among EBD’s Best Cultural Destinations in Europe 2022. Visitors will find abundant remnants of antiquity, including a 1st-century theatre, 2nd-century Roman Stadium, and fine examples of Roman mosaics in The Bishop’s Basilica of Philippopolis (4-6th century) and in The Small Early Christian Basilica (4-6th century), and others.

This picturesque city in the heart of Belgium offers visitors a rich and varied heritage when it comes to art, culture, science, gastronomy and shopping. Everything you could wish for is easily accessible on foot or bike, with car-free shopping streets featuring everything from major chain retailers to eco-fashion boutiques, gift shops and markets selling local crafts. Leuven also claimed the top spot among EBD’s Best Open-Minded Destinations in Europe.