How can VR help tourist destinations recover from coronavirus 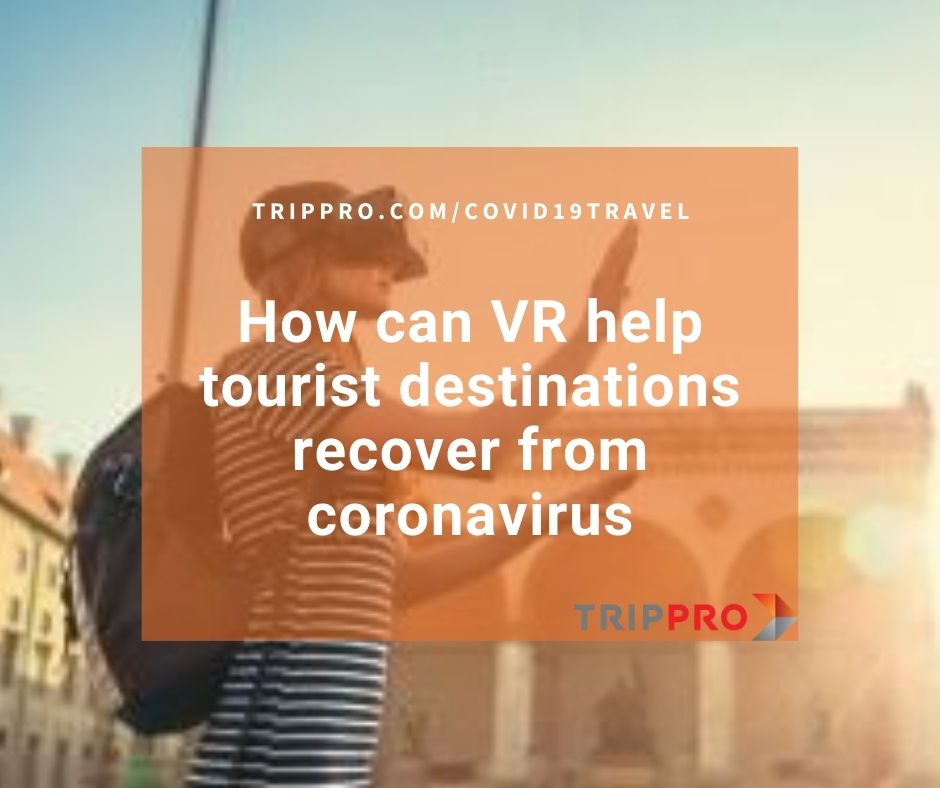 There is no doubt that the COVID-19 pandemic and its restrictions have had a disastrous effect on the global tourism industry. Sadly, this has led to the loss of many jobs and businesses being forced to close down. Many people working in tourism have been eagerly waiting for restrictions to ease and air travel to continue as before

But to start off, for all tourism-related web projects, a reliable web page maker is needed to create websites that are both attractive and easy to launch.

Research from Statistica showed that 62 percent of tourists would be willing to use VR tools for selecting a holiday destination. Another study from Tourism Australia showed that 20 percent had already used VR tools in choosing a holiday, and 25 percent plan to do so in the future.

For resorts and regions trying to remain in a competitive position, an immersive technological experience can be an effective factor in the marketing strategy. With the increased use in the gaming and real estate industries, VR technology is well-positioned for its application in tourism.
In some cases, virtual tourists enjoy using VR simply as a means of escapism by picturing themselves in attractive places around the world. This is not the same as the actual experience, but it can offer a temporary alternative.

Examples of these include Google Earth VR, which transports users to popular locations around the world. IMMERSE from Hydrous offers tours of the world’s oceans with a marine biologist guide. Escape Now: The Icons is a tour of the world’s most fascinating sites, such as the Great Pyramids of Giza. These experiences can be possible thanks to virtual reality headsets, like Oculus Rift, HTC Vive or Google Daydream.

VR is not new to certain airlines. Skylights were the first airline to bring in VR for passenger entertainment in 2016. This has been used for both in-flight and in-lounge VR experiences, and it vastly improves the entertainment offered. The airline has partnerships with companies like Warner Brothers, National Geographic, DreamWorks, and the BBC. Other airlines that have used VR technology include Air France, British Airways, and Garuda Indonesia.
With the global restrictions gradually easing, airlines will be keen to attract new customers and create more interest in the travel industry. VR technology may be used as a way of showcasing travel destinations and drawing potential customers by showing them different places through immersive experiences.

VR offers the hotel industry a fresh new approach to marketing and attracting travelers to far-off locations. This brings the opportunity to take potential customers to locations virtually, engaging tourists ahead of their vacation. The tools include virtual reality, augmented reality, and 360-degree video.

VDroom is a VR content management system that allows potential clients to take a virtual tour of a hotel before or after making a booking. This helps to increase time and engagement with hotel websites, and it also improves rankings and exposure in search engines. The platform reports to search engines proactively, without needing to wait for new listings to be indexed.

VDroom provides solutions for leading hotels, such as Mercure Hotels and Ibis Hotels. Atlantis The Palm, Dubai, also offers 360 virtual tours using technology from Circle One. These can be viewed with VR glasses or Google Cardboard.
Travel agents

Travel agents have also seized the opportunity that VR technology can provide. Travel World VR is a tech startup based in New Jersey that creates tools for travel agents, assisting in marketing travel experiences.

Through 360 videos and immersive VR productions, agents can inspire customers and promote travel to resorts and destinations. Travel World VR has recently launched a mobile app that features 360 VR experiences of popular destinations, hotels, cruise lines, and resorts. This app is available to download free on various mobile devices.

Other travel agents that have used VR technology include Matoke Tours, which launched the Virtual Gorilla Application. This allows users to track the gorillas of Uganda in a virtual space. In 2015, Thomas Cook partnered with VR company, Visualise, offering tourists the chance to visit destinations virtually before they travel.

VR technology was gradually becoming an important feature of the travel industry well before COVID-19 became a major disruption. Now that the pandemic has forced markets to consider the technology’s potential, VR will surely increase in popularity. Until global health and the tourist economy have fully recovered, VR will be a useful and enjoyable technology.