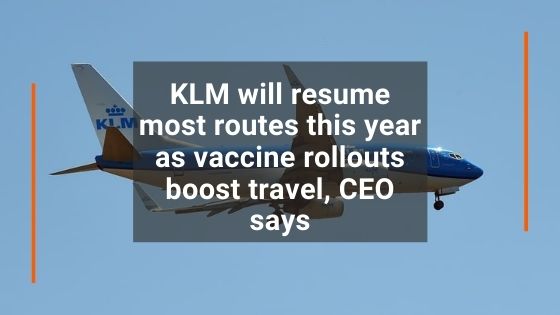 KLM’s president and CEO Pieter Elbers told CNBC the carrier will also add a new route to Saudi Arabia’s capital Riyadh, even as the capacity and frequency of all flights remain limited.

The speed and extent of that resumption will vary region by region, depending on vaccination rates, he said.Clearly, we do expect that the Europe-Asia part will be slower than some of the other recoveries.Pieter ElbersPRESIDENT AND CEO, KLM

Meanwhile in the Middle East, broadly successful vaccine rollouts will see the company commence its new Riyadh route this summer, after postponing those plans last year.