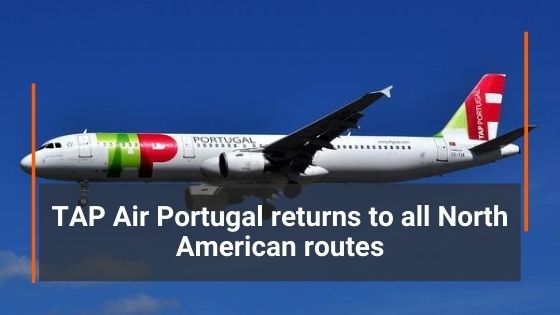 • In September, Newark to Lisbon increases to 2 daily flights
• Chicago and San Francisco will operate twice weekly as of the beginning of October
• A third New York daily flight will be added, from John F Kennedy International, by end of October

TAP has now returned to 86% of its European destinations. With the additional frequencies, North American travelers now can connect in less than four hours to 35 cities across Europe. In October, TAP also returns to 88% of its routes in North Africa, Cape Verde, and Morocco.

In response to the global pandemic TAP has implemented, TAP Clean & Safe, a new and demanding standard of hygiene, health, and sanitary safety in line with the guidelines of EASA, IATA, DGS, and UCS.