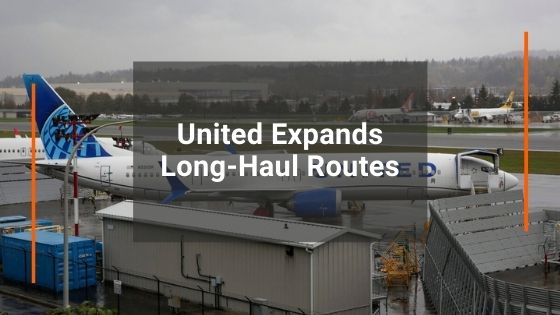 The summer ramp in flights across the Atlantic is on coronavirus pandemic or not. It comes as international travel to nearby destinations, like Cancun and Caribbean beaches, already is back strong. But that is only one side of the coin: Much of United’s pre-crisis long-haul network — especially to Asia — is a shadow of what it was. To China, where United was the largest U.S. carrier, its capacity is down more than 99 percent with only a few restricted flights via Seoul operating.

This is the new world airlines face: How and where to best fly limited assets (aircraft) amid a dizzying array of international travel restrictions with unexpected world events, like the fighting in Israel and the Gaza Strip, thrown into the mix. International capacity to and from the U.S. will be down almost 58 percent in June compared to 2019 whereas domestic capacity will be down just 12 percent, according to Cirium schedules.

All in, the International Air Transport Association does not expect international air travel to fully recover to 2019 levels until around 2024. And even longer for growth rates to catch up with pre-crisis levels.

“This is an exciting job that’s ever changing,” United’s Vice President of International Network Planning and Alliances Patrick Quayle told Airline Weekly ahead of the inaugural departure to Accra at Washington Dulles International Airport.

Accra is an example of a broader pivot at United to where long-haul travelers want — and can — go as international travel creeps back. With business travel still anemic, leisure and visiting friends and relatives (VFR) flyers are driving network planning decisions. And this is putting otherwise underutilized widebody jets — many of which are flying on domestic routes — to work to new destinations.

With Covid-19 border rules dictating the travel plans of many holidaygoers, countries that are open to vaccinated Americans are seeing something of a travel boomlet. Bookings are so strong for new flights to Croatia, Iceland and Greece that United is already upping capacity. Its planned Newark-Dubrovnik route will begin more than a week early on July 1 and operate four-times weekly instead of three; and it’s switching Newark-Athens to a larger Boeing 777-200 from a 767-300ER in July.

And, if Portugal and Spain reopen to vaccinated travelers, United will resume flights to Barcelona, Lisbon and Madrid in July. Service to both countries has been suspended since March 2020.

“It’s about offering more breadth,” is how Quayle described the airline’s approach to long-haul planning through the recovery. United will eventually return to its full complement of business destinations like Frankfurt, London and Shanghai, but — with the exception of London — frequencies may be lower than before the crisis. These adjustments will allow to to continue some of the new destinations that it is adding in the recovery.

In other words, Accra is not a pandemic play for cash. The Ghanaian capital is part of that longer-term pivot by United to capture a broader swath of international travel that also includes new service to Bangalore, Johannesburg and Lagos.

This shift speaks to the structural changes occurring in long-haul flying. A lot of system capacity that flew prior to Covid-19 is not coming back, including superjumbo Airbus A380s at Air France and Lufthansa, and budget disruptor Norwegian Air. Korean Air is in the process of acquiring competitor Asiana eliminating one competitor across the Pacific, and Virgin Australia shed its long-haul operation during a pandemic restructuring.

And closer to home for United, American Airlines Chief Revenue Officer Vasu Raja said recently that the carrier’s long-haul operation will be more profitable — read smaller — and “way different” after the crisis than it was before. The carrier has cut “strategic” destinations, including places like Croatia and Iceland, and will focus on what it deems core, which is understood to include key partner hubs and business markets like London, Madrid and Paris.

“We think international is where it’s at,” said Quayle when asked about United’s bet on international travel in the recovery. The airline, unlike American, Delta Air Lines and other competitors, has not retired a single widebody jet, instead preferring to keep them stored and ready for when they are needed in the recovery.

Asked about the possibility of the EU reopening to vaccinated Americans this summer and whether United would be ready, Quayle said: “We have the planes, we have the pilots and we have the flight personnel who can ramp up and get these aircraft in the air and going.”

No word, though, on when more flights to China or many destinations in Asia will resume. Though Quayle thinks the region will be the “last to recover.”

In the meantime, United is not taking its eyes off its domestic market. Leisure travel is forecast to surge this summer, with Cowen & Co. forecasting more than 10 million travelers for over the Memorial Day weekend holiday — the symbolic start of summer in the U.S. While that averages out to about 1.67 million travelers daily over six days, peak days could see numbers top 2 million a day for the first time since March 2020. Eyes are on whether the Transportation Security Administration and airport vendors are ready.

United plans to fly 67 percent of its 2019 domestic schedule in June, and 80 percent the next month. In July, additions include the return of several flight banks at its Chicago O’Hare and Washington Dulles hubs — the former goes to nine from seven banks, and the latter to three from two.

The airline will also add a new service between Washington and Milwaukee with a Bombardier CRJ200 from July 1, Cirium schedule data show. United has not flown the route since 2005.